The competition for viewership between the major broadcast networks is fierce.  As television audiences start to decline due to the internet, Networks continually shift and move their television shows to fight for the coveted Nielsen rating.  The base lineup of the Prime Time schedule is the foundation for the ABC Network Ad Sales organization to sell advertising space against.  This lineup is announced collectively for all major broadcast networks (e.g. ABC, CBS, NBC, FOX) at the annual upfront events at Ad Week in New York. 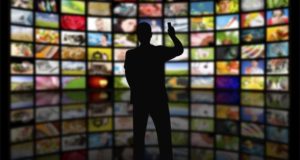 In the television industry, an upfront is a gathering at the start of important advertising sales periods, held by television network executives and attended by major advertisers and the media.  Each major television network previews their upcoming fall and mid-season television shows for advertisers, the press, and the other networks.  The annual upfronts for broadcast television generally occurs in early to mid May.

Phase I – Strategy.  This first phase was the creation of a strategic planning tool for ABC Network to aid C-Level executives (e.g. Bob Iger et al) in crafting the Prime Time schedule (aka lineup) at the series level.  Prime Time is the block of broadcast programming which takes place during the middle of the evening for television between 7PM to to 11PM.  The application called Wall-E (Walt’s ABC Lineup Loader – for Executives), was the first of its kind enabling users to easily manipulate and create planning schedules with almost zero learning curve.  During the development of this system Bob Iger was busy launching Shanghai Disney resort so he wasn’t present for all of the planning sessions.  One of the key requirements for this system was the ability to collaborate securely without the use of video conference technology since the technology at that time did not provide security encryption.  The ABC Prime Time schedule is the basis and foundation for all ABC Network Advertising Sales and key marketing partnerships; a breach in data security would be financially detrimental to Ad Sales.  Wall-E is browser agnostic and is built around a secured messaging system that allows any user viewing the website the ability to control and collaborate with other users securely in “real-time”.  Click here to see Wall-E in use.

Phase II – Operational.  The second phase was the development and implementation of a operational planning tool to manage the day to day Prime Time schedule at the episodic level.  This application was called EVE (Evaluate, Verify & Ensconce) which streamlined and automated the daily operations of programming and production work flows between the Programming department, Studio Production and Talent Acquisition.

Phase III – Tactical/Contingency.  The last and most important phase was tactical and contingency planning.  The identification, collection, ingestion, normalization and consolidation of programming/scheduling meta data such as Nielsen ratings, online viewership, financial budgets, marketing budgets, associated talent (e.g. writers, directors, producers, actors) and content synopses to provide near real-time reporting and data visualizations for all departments and personnel to consume (with approval) for their business needs.

Sample use cases are:

These reports can be subscribed to, automatically emailed, run on a schedule or run as-needed on-demand.  All reports have controlled access and are tightly secured.